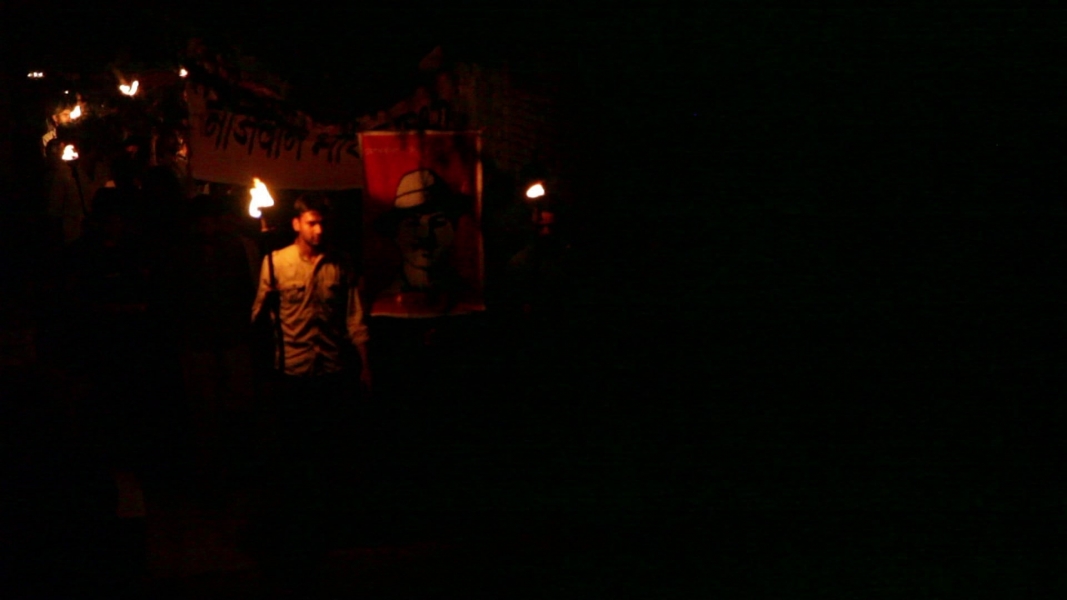 Patterns of Political Violence: 35 Years Since 1984

This event features two filmmakers to screen and discuss their films, as well as one scholar and two journalists whose work addresses the violence in 1984 and other parallel incidents in post-colonial India, for a day-long event. Teenaa Kaur's film, "1984 - When the Sun Didn’t Rise," provides a comprehensive account of the Sikh women in Delhi who survived the 1984 massacre, their emotions, and their continuing fight for justice. Nakul Sawhney's "Muzaffarnagar Baaqi Hai" or "Muzaffarnagar Eventually...," documents the orchestrated "riots" against Muslims in a small city in Uttar Pradesh, an incident that is widely held to have enabled the victory of the Bharatiya Janata Party or BJP at the national level in 2014. Neha Dixit is an independent journalist who has done ground-breaking work on violence against women and communal violence in India; in 2016 she exposed the trafficking of adivāsī girls for "hinduization." Kaur, Sawhney and Dixit will be joined by local scholar Kamal Arora (Ph.D., UBC), whose dissertation addresses the experience of women in the "women's colony" that Kaur's film addresses, and Gurpreet Singh, a local journalist who has written widely on politics and violence in India today - and connections to the Indo Canadian community.

Organized by the Interdisciplinary Histories Research Cluster, in collaboration with the Centre for India and South Asia Research, and with the support of the Office of the Dean of Arts, SANSAD, the Department of Asian Studies, and the Dr. Hari Sharma Foundation.

Pre-registration is required. Please follow the link here to register. 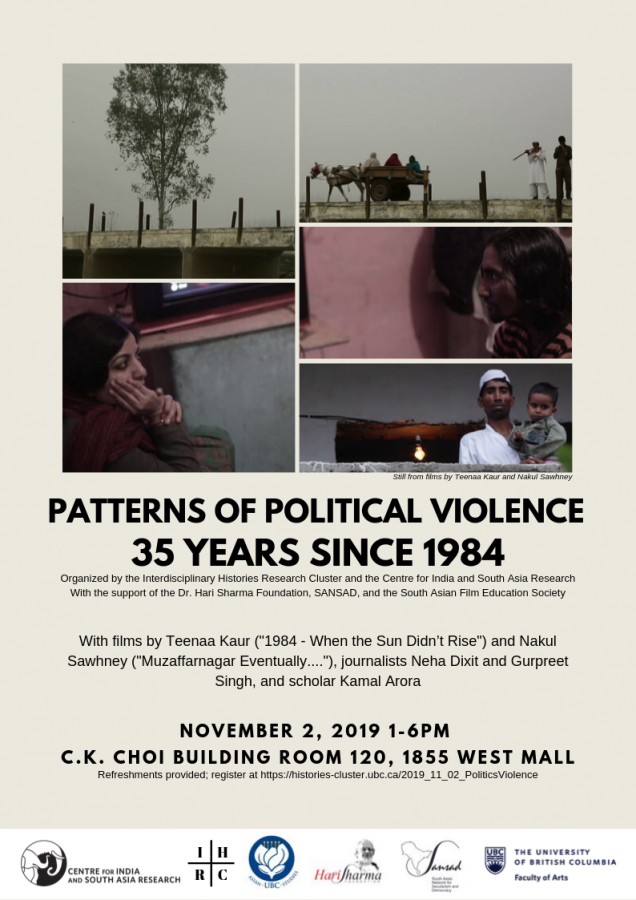 Figure A: this is a caption